There is no doubt that Brazil is the most important coffee nation on Earth. They say it themselves quite often! It is not only the biggest producer, (about 60 million bags per annum), it is also the second – and maybe now the first – largest consuming country.

Our 2019 trip took us to Minas Gerais, which means general mines, as this area was originally rich in gold, iron ore and other minerals, and still supports a huge mining industry. Minas Gerais accounts for about 40% of Brazil’s total production, which, if it were a country in its own right would make it the third biggest producer in the world! Not only that but it now produces some of Brazil’s best speciality coffees, and in ever increasing quantities.

So it would seem to be a rosy picture for the coffee farmers of Minas Gerais, but it is not necessarily so. The weather has played some nasty tricks on the region this season, there has been too much rain and at the wrong times, in some cases leading to multiple flowerings, and subsequently the farmers are having to manage really difficult harvesting conditions. At most of the farms that we visited we witnessed many trees with few ripe cherries but many over ripe and dry, and at the same time many under ripe and green. 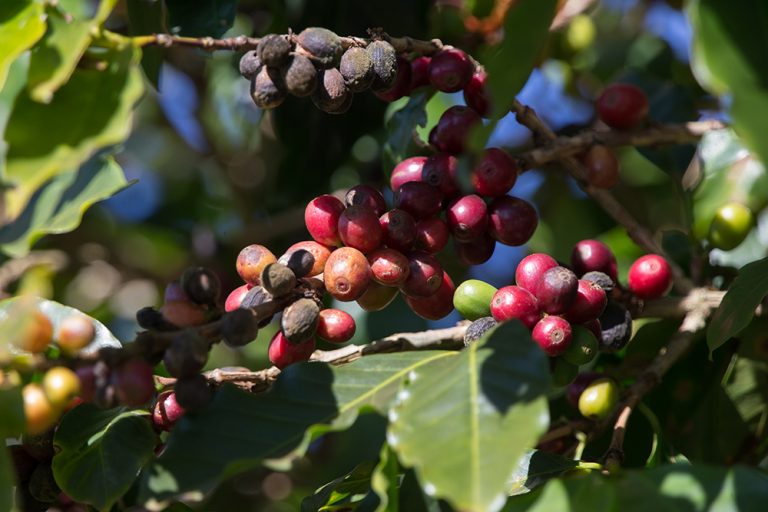 After firstly welcoming us to Brazil at his Academia do Café in Belo Horizonte, when we arrived at his Fazenda Esperanca near to Campos Altos in the Cerrado region Bruno de Souza said to us ‘last year it was easy to produce good coffee, this year will sort the men from the boys. Processing will be the most important factor this year’. One example of this has been that separation by floaters has been complicated by the conditions, as ‘good’ floaters, those over ripe cherries which if treated well when being processed naturally will give excellent quality, are initially separated with the bad floaters, and therefore have to go through further stages of separation. So extra work and diligence is needed to ensure little waste and best quality.

We found similar problems at most farms and cooperatives that we visited, and the general consensus was that it will be difficult to match last year’s exported volumes, and that farmers will have to work really hard to achieve high quality. I personally have never witnessed such conditions with the resulting mix of black red and green cherries which are there not because of bad agronomy or management but because of the weather conditions.

On a more optimistic note everyone in our party was impressed by the wide range of innovation, research and experimentation that we saw throughout the trip. At Fazenda Esperanca for example we saw hands on processing and drying on patios and African beds to enable maximum quality and quantity of coffee processed from the difficult harvesting previously mentioned. 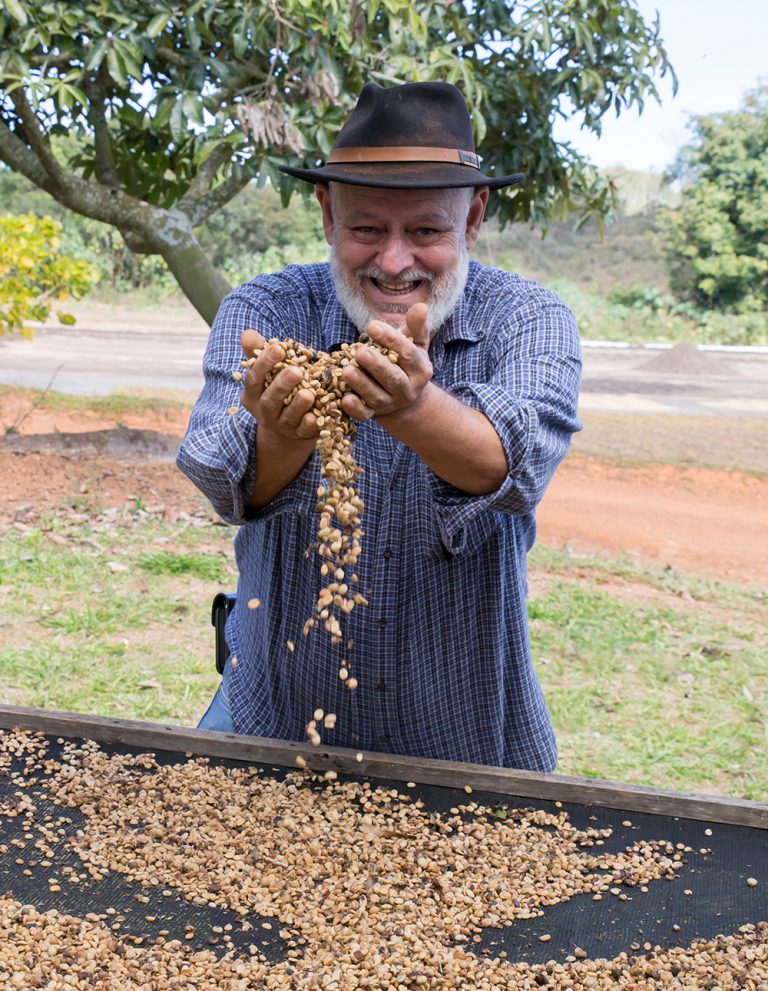 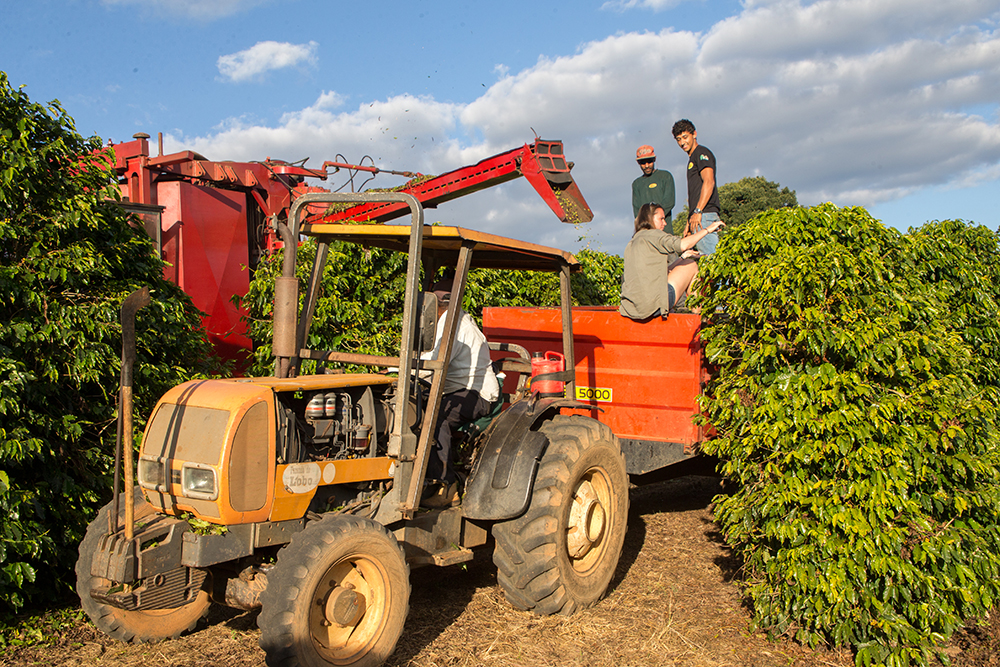 There and at other farms such as Fazenda do Lobos we were introduced to the new generation of mechanised selective harvesters which are able to pick only ripe cherries and visit the trees several times. They represent a big leap forward for speciality coffee in Brazil, and on all of the farms where we saw these being used it was in conjunction with hand picking.

Monte Alegre, a well known heavyweight of the Brazilian coffee industry, and founder member of BSCA are not complacent at all despite their successes and are conducting their own varietal research near to Alfenas where completely new varietals for the region are being monitored for improved quality and yield. 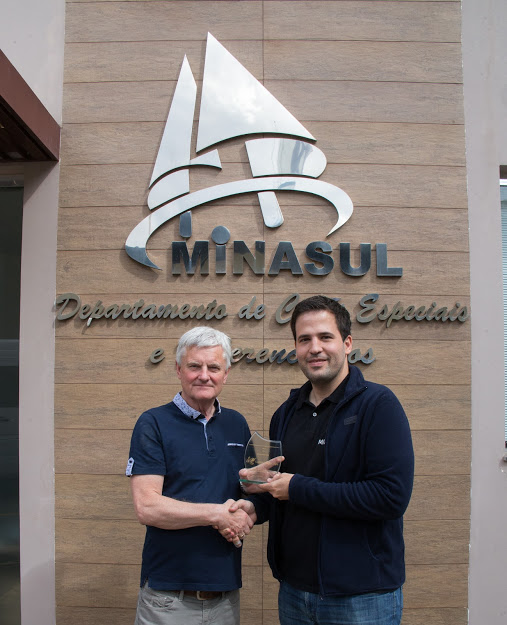 Fazenda Do Lobo and Fazenda Pedra Negra, both active members of the very impressive Minasul Cooperative based in Varginha are experimenting with the Colombian method of warm air drying, so far with excellent results in terms of quality. Most of the farms that we visited firstly dry the coffee on patios and then finish the drying mechanically, mainly due to the patios not being able to cope with the volumes of coffee produced.
Luis Paulo Dias Pereira Filho at Carmo Coffees in Mantiquera is really pushing the boundaries with some of the experimentation on his farms. We saw Geisha being dried under a blue Perspex roof to eliminate the UV rays from the sun, and this is having great results. Anaerobic fermentation using natural coffee yeast -musto – to accelerate the process and offer some new and interesting flavour profiles to the Geisha, Caturra and Yellow and Red Bourbons that Carmo use for this experimentation. Luis also has a couple of hectares dedicated to yellow – yes yellow – Geisha, which is giving him some really good results. 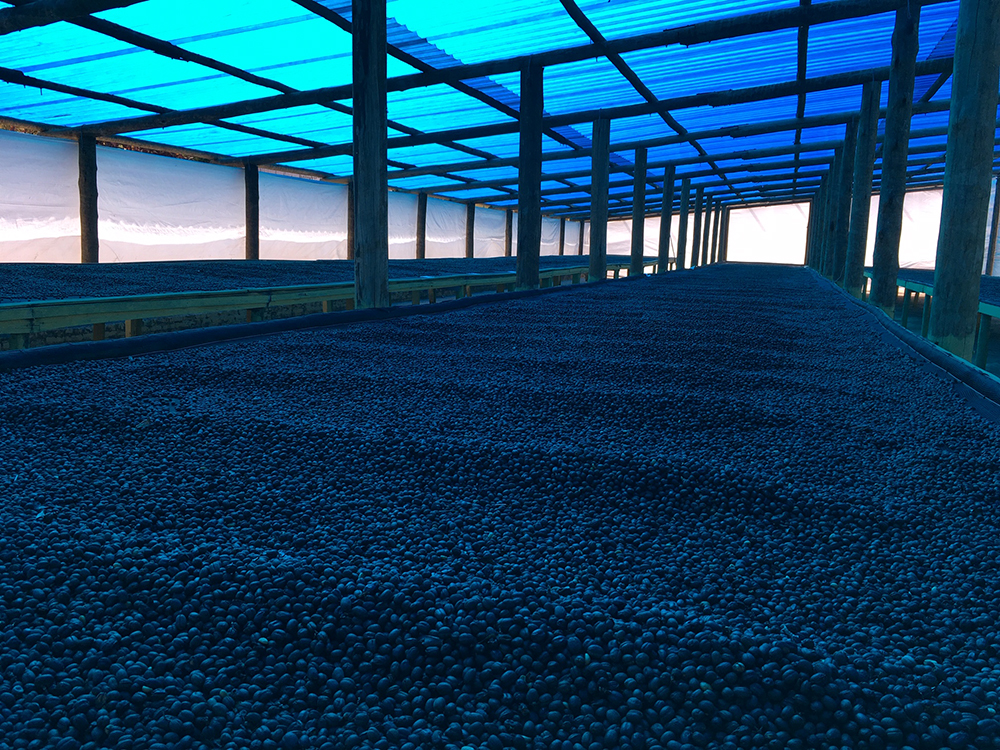 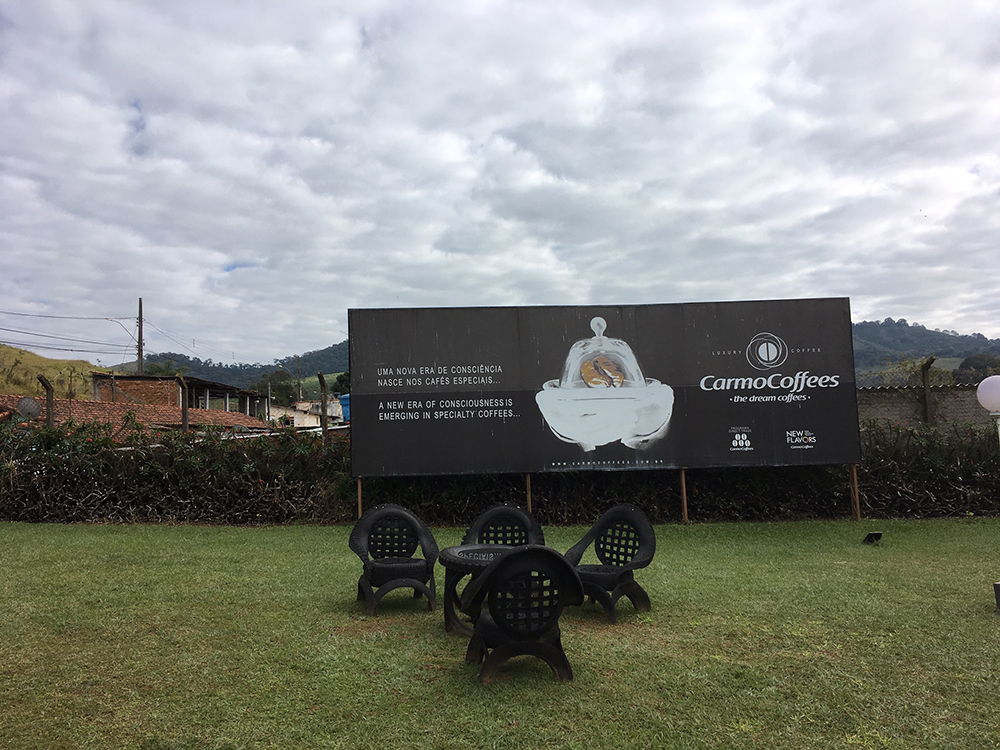 All of this great work by the farmers who we met is supported by BSCA, founded in 1991, now with 340 members representing over 60,000 producers. Their mission is to raise the standards of excellence of Brazilian coffee offered to the domestic and foreign markets. 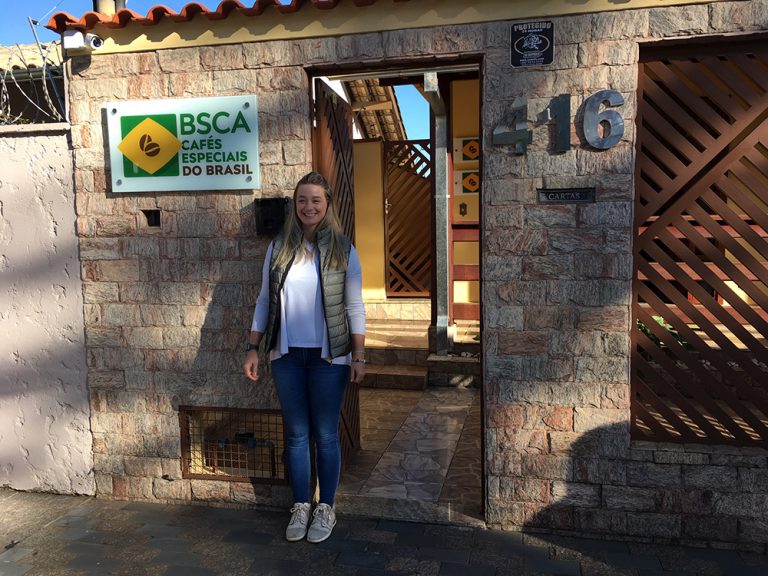 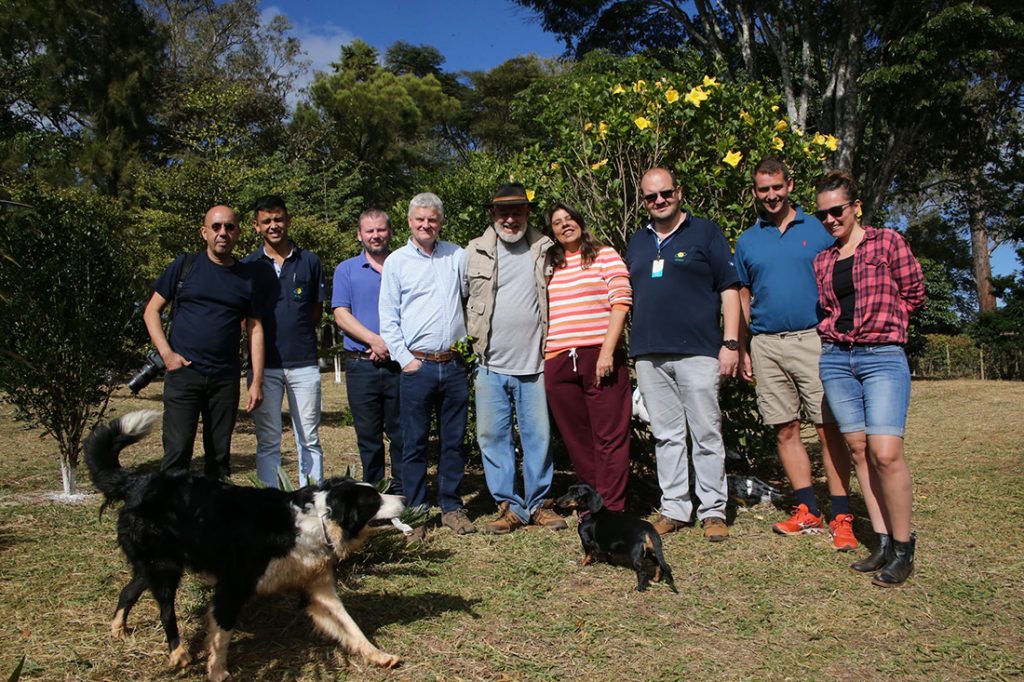 Many of the producers are also supported by their cooperatives, such as Minasul, which is arguably the most professional and proactive cooperative that I have ever visited.

My first trip to Brazil was in 2005, and so much has changed since then, including all of the innovation mentioned above. Most notably, however, is that speciality coffee, hardly mentioned in 2005, is now uppermost in everyone’s mind, and almost seems to be mainstream, although clearly it still represents a small part of the market. But its influence now stretching far and wide.

Huge thanks to all of the people and organisations who made this such a special trip:

And all of the trippers who contributed so much to the experience. Thank you all.

By continuing to use the site, you agree to the use of cookies. more information